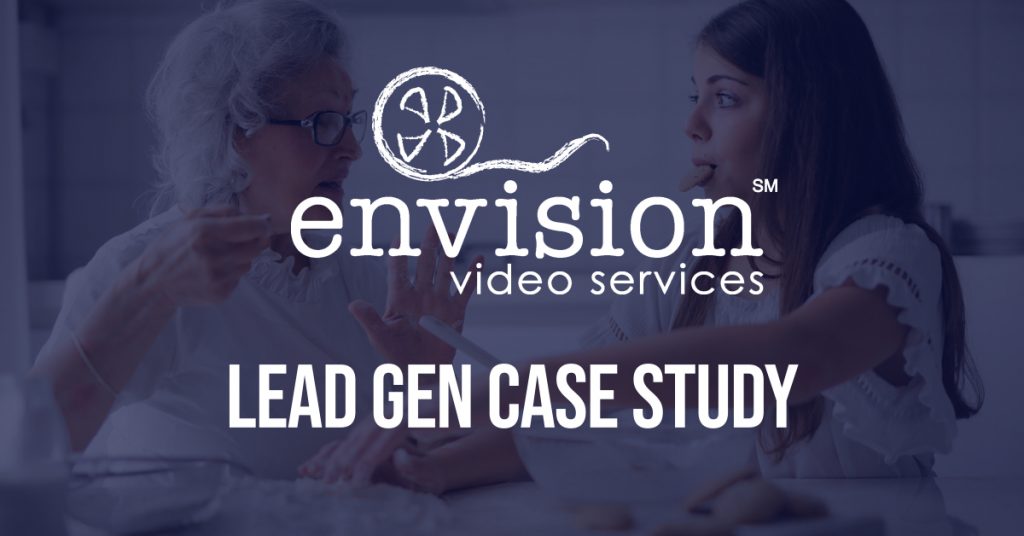 Envision Video Services located in northern New Jersey has been providing video production and film and video transfer services to businesses and individuals since 2005.

Over the years they have tried a variety of outbound marketing strategies including print, direct-mail, email marketing, web design, search engine optimization, and pay-per-click advertising with varying degrees of success. In this case study, we are going to be discussing his experience with Google search ads and how we were able to help him get more leads, more sales and provide him with a system to measure the sales performance of his ad campaign.

In May 2017, Pete Gallo, owner of Envision Video Services hired a digital marketing agency to help them with their digital marketing, specifically, Google pay-per-click advertising. Over a 12 month period, the ad campaign reached 176,000 people, generated 3,298 clicks, with an average cost-per-click of $2.74. That is less than 1.9% click-through-rate (CTR). That isn’t great but fairly common. For our campaigns we like to see at least 3% and try to get closer to 5% for our clients. What is most concerning about this campaign is after a year, it only generated 116 conversions (leads) from a $9,038 media spend. That means they were paying almost $78 per lead.

With Pete closing 75% of the leads he gets, that means he should have generated 87 total sales. With the average sale being $150, that means he generated $13,050 and spent $9,038. However, when you include the fee he was paying the agency, it was actually losing money on this campaign, so he decided to terminate the relationship.

Managing Google PPC Ads On Your Own

In May 2019, Pete decided to give Google ads another try. This time he was going to manage his Google ads on his own with the help of a Google ads specialist he hired on Fiverr to set up the ads. Over a 12 month period, the ad campaign reached 28,000 people, generated 1,570 clicks, with an average cost-per-click of $2.78 with a 5.59% click-through-rate (CTR). This CTR is more than double what he had gotten previously. This time Pete generated 75 conversions (leads) from a $4,360 media spend.

With Pete closing 75% of the leads he gets, that means 56 total sales. With the average sale being $150, that means he generated $8,400. The numbers work out better this time because there was no agency management fee.

But there was a problem

As much as Pete got much better results from doing the campaign on his own, there was a problem. As much as Pete does a great job closing 75% of the leads he speaks to on the phone, he had no idea how many of those leads he was actually getting from the Google ad campaign.

The 56 leads he generated from the Google ad campaign represented people who called the store or visited a page on his website. And visits to his website, represented over 50% of those leads. Just because someone visits your website doesn’t mean they are going to complete your contact form or call your business. So the actual number of leads is actually much lower than indicated.

When you set up your conversions on Google, you don’t want to count any page on your website as a conversion. Ideally you want to have an opt-in form of some kind that when completed takes someone to a thank you page. It is that page that you want to be tracking for conversions because only people who fill out their name, email address and phone number will end up on that page. This will provide you with a much more accurate representation of the leads you are generating from your ad campaign.

A systemic problem most businesses have

A systemic problem that almost every business has with regards to their marketing is they don’t know their numbers. They invest in ads but don’t know how many leads they are getting, how many sales, and total revenue.

The good news is there are some simple things you can do to make your life easier so you don’t have to ask every lead how they found out about you. You can have a special phone number associated with your ad and just track those calls or you could have a coupon code or special offer unique to your ad. Then all you need to do is build a Google sheet or Excel spreadsheet where you track the order amount. Now you have everything you need to measure your return on your investment.

When you see that you are spending $1 and that is generating $3, than you can increase your money ad spend and spend $10 and generate $30.

How did we do?

In June 2020, Pete decided to let Social Proof take over his Google pay-per-click advertising. It had been running for months unsupervised and he wanted to see how we could improve his results.

What did we do differently?

So to improve the results for Pete’s Google search ads we made several changes. First, he was only targeting 79 keywords for the campaign promoting his video to DVD transfer services. We did some keyword research and were able to find 2,022 keywords that were relevant to his service.

We also used our One-2-One Method for creating the Google search ads. Instead of lumping all of the keywords to one ad, we created an ad for every single one of the 2,022 keywords. For most agencies this would have taken a month to set up in Google but using our One-2-One Method software, we were able to do this in just 5 minutes.

A common mistake many businesses make with their digital marketing is they send the paid traffic to the home page on their website or a service page. You don’t want to send traffic to these pages because those pages can be overwhelming. Remember a confused mind never buys. You want the page to be as simple as possible and only contain the information that is relevant to the offer.

As you see below we offered a 30% off coupon to get people to provide us with their name, email address and phone number.

One of the issues Pete had during the pandemic was he had to let his staff go, so he was running the entire business himself. As a result he was having a difficult time following up with the leads. So we integrated our follow-up automation so that emails, text messages, voicemail messages and automatic phone calls were triggered automatically through our platform.

Because leads were getting contacted within a minute or two of completing the opt-in form, Pete was able to close more of these leads into sales. And with a platform he could access from his computer or smartphone, he could reply to emails and text messages from leads without having to give out his personal cell phone number.

What did Pete think of the experience?

Get updates and learn from the best 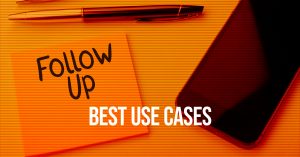 Best Use Cases for Follow-Up Automation

Did you know that 50% of leads go with the vendor that responds first? Just having the ability to respond to a lead within 5 minutes could transform your practice. 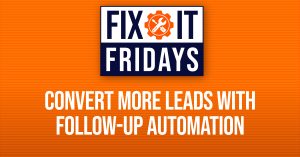 Are you following up with leads within 5 minutes or less? In this episode of Fix•It Fridays, I show you the software I use with my clients so they can respond in the first 60 seconds.